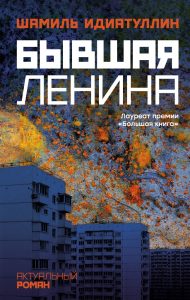 «Бывшая Ленина»
Novel
80 000 words in Russian
First published: Moscow, AST Publishing, Elena Shubina’s imprint, 2019, 4000 copies
Russia’s heartland, 2019. On the outskirts of the town of Chupov, a giant landfill grows rapidly. City mayor is arrested for bribery. There is anarchy and foul odor all through the city, tensions heightening in political technologies, through messengers and social networks. Long time ago Daniil Mitrofanov was a prominent figure in local politics and business, now he is a petty official and a lucky family man with his wife Lena and their daughter Sasha. But suddenly the well-tuned mechanism breaks down. All their life has come to pass and even his childhood’s house is located at “the former Lenin street”. Probably they should start over, but first everyone has to defeat their apathy, themselves and… the landfill.
To give up is shameful. To go on in such circumstances is impossible. It is necessary to change the circumstances. It means fighting.